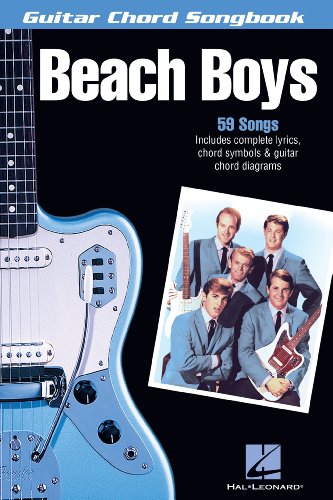 Warmth Of The Sun Let Him Run Wild In My Room Sloop John B. God Only Knows Barabara Ann. REVIEW: I'd heard this disc several years ago, but hesitated to pick up a copy for myself, simply because I remembered it being so sterile in its execution.

I mean, WHY buy a disc full of songs I already had, especially when the originals are so great? But now, since I've picked up the entire BB catalog, as well as the discs on this page, I couldn't say nay any longer. The whole purpose of this disc was to bring the lush harmonies of the Beach Boys into the digital era, and so Papa Doo Run Run a long-running tribute band and side project of Jeffrey Foskett who does some backing vocals here along with guests Mike Love vocals on two songs , Dean Torrence, and John Stamos, went into the studio and painstakingly re-created the songs and harmonies of the originals, with professional results.

For years, this disc was used as a showcase model for stereo systems due to it's sonics, but to me, it still sounds dry, without any of the studio wizardry or presence that Brian was able to achieve using four-track analogue equipment. The performances are tight, clean and chock-full of harmonies that few can navigate. It's a very strange sensation to hear these songs so faithfully recreated, but with unfamiliar voices; in particular, to hear Brian's high harmonies hit spot on, but without the brilliant quality that Brian's voice had.

Released by Venus Records on the DeMilo label, this limited-run tribute album to the music of Brian Wilson is both blessed and cursed by the roster of artists who've gathered to participate, with the usual blend of hits and misses. Dos Dragsters take of the instrumental "Pet Sounds" sounds like it's going to be a cover of Barry Manilow's "Copacabana" at first, but then moves into a reverent cover, nicely closing out Side A.

Side B is far less interesting, with The Sonic Youth the only band I'd heard of here using buzz-saw guitars and heavily layered vocals to give a laconic, passionless reading of "I Know There's An Answer," followed by a frenetic, garage-rock take on "Drive In" by the A-Bones. Billy Childish and Thee Headcoats do "" as a distorted head-banger, very lo-fi, and The Cynics replace the innocent sentiment of "Be True To Your School" with charmless sturm and drang. REVIEW: This is not a "Beach Boys" album, per se, but a tribute album, which the Beach Boys put together to try and jump on the cooling trend of popular country music, with themselves singing the backup vocals while country 'stars' take the lead singing old Beach Boys chestnuts.

It's an almost complete disaster. Three songs stand out, thanks to the sympathetic readings of the artists involved: Lorrie Morgan's sweet reinterpretation of "Don't Worry Baby" is heart-rending, Ricky Van Shelton tears through a ebullient version of "Fun, Fun, Fun," and Timothy B.. First, the Beach Boys add no distinction to the backup vocals. They could be any hack group of studio singers for all we can tell, and in fact, that is exactly what they are at this point.

Second, none of the featured artists seem to feel any connection to the material, often bawling out their renditions to fit the thumping drum tracks and twanging guitars of the reworked material, to no avail. There's no revelations in the new arrangements, and no chances taken on the material. Even Willie Nelson seems to be singing from rote, which is a little disturbing.

A mismatched muddle of opportunity and talent, and a waste of money and time.

One thing to be grateful for: there will be no Vol. I'm not a fan of jazz music or stylings in general, and so my expectations were perhaps a little low, but "A Jazz Portrait Most people have heard these songs so many times, that to hear them melted down, unwound, re-thought, and reinvented as they are on this disc is pure pleasure.

The arrangements are low-key, very thoughtful and dreamy, and it's interesting to hear a melody that is so familiar to suddenly take a left turn, or be turned inside out, and performed with such good taste, style and talent. There are times when the treatment seems detached, as on the spanish-language take of "Don't Worry Baby," which almost sounds like a completely different song, but on the whole, this album radiates warmth. What also makes this disc so successful is the chances it takes with the material. While Mike Love might be content to rehash the same old songs with rubber-stamp arrangements, these jazz artists are able to dissect the songs with diamond scalpels and have found inside them the soul of Brian Wilson.

REVIEW: This disc, which was only available for a limited time through Union 76 gas stations, is a decent album, although the packaging can lead one to believe it's the Beach Boys performing, when actually it's mostly just Mike Love. Call this album Shut Down Volume 3. It seemed to be the perfect idea; take the wonderfully complex melodies of Brian Wilson, and explode them with a full symphony orchestra.

Other Albums by Hollyridge Strings

Mike Love's retread of Kokomo is virtually identical with the original version, sans the very-much missed contributions of Carl Wilson. The arrangements of God Only Knows with an thinly-voiced Tammy Trent guesting doesn't come close to the aching Pet Sounds version, and Wouldn't It Be Nice, with it's annoying electric guitar lead and prominent drums, sounds more like a dance band than a world-renowned symphony.

Bruce Johnston does a very nice take of "Disney Girls", but again, the addition of the orchestra is so subdued as to be almost moot. Matt Jardine tackles a competent, if unelectrifying take on Darlin', and Adrian Baker creates some Four-Freshman like harmonies for an accapella? Warmth of the Sun. The final minute long "Water Planet Suite" is strangely unmemorable, when it should be ringing with power and grandeur. Top it off with the lamest album cover of recent history concept by Bruce Johnston -- Yeesh! Some of these attempts can be unintentionally hilarious, some, eye-opening, and others dreadful.

Hopefully this guide will help you glean the best of these wide-ranging albums. Bruce in fact, sings lead vocals on the album, as well as playing piano and bass, while Melchner joined a future who's-who of session players to recreate hits by The Beach Boys, The Ventures, Dick Dale, and others. While this isn't a vocal album, only four of the tracks have singing , it's fascinating to hear how the songs, while trying to be faithful to the originals in every respect, somehow get flattened out and pasteurized under the exacting eyes of Johnston and Melchner, there's precious little fire, or passion, in these clockwork recreations, and Bruce's voice sounds far to clean and mannered to ignite even the slightest spark of electricity.

Even Johnston's original composition, "Quasimoto", which closes out the album, sounds like shopping mall music, despite it's frenetic 'surf-lite' instrumentation. Regardless of being played and sung virtually note-for-note from the originals, there's something vital lacking.

Still, its fascinating in its way to hear Bruce Johnston and Co. Not essential listening, but a curiousity that shows just how quickly musical trends were jumped on, and how easy it was to lay claim to someone else's artistry, all in the name of making a quick buck. Overall, it's an OK album, the harmonies are fun, but the album rarely takes off - none of the guitar solos, which take the place of a lead vocal, tear up the room.

In fact, "Surfin'" is taken at a leisurely tempo, which made me a little drowsy while listening. And despite the credits claiming that this album was "an important milestone in the world of surf and drag music", I found it pretty sedate; good, competent, but not electrifying listening. And although this CD was produced after the death of Muppet creator and Kermit alter-ego Jim Henson, it still carries his gentle spirit in the execution.

I enjoy it, but then, it's my era: the era of Sesame Street, not Fraggle Rock, but I dare you not to smile as Animal chews his way through the oh-so-appropriate "Wipe Out. This CD, put out by Sony Kids, doesn't feature any actual Beach Boys on the soundtrack, but it does have several "cute" covers of their songs, as well as several original cuts, the most grating being a toss-up between "Surfin' Bird" by Al Frazier, Carl White, Tuner Wilson.

The singers, who are all performing as various animal counterparts are pretty annoying, and the covers are filled with scripted asides which are pretty much guaranteed to make any fans' teeth gnash together. In many ways, it's similar to Disney's own Beach Party disc, but without the benefit of beloved characters to carry it off.

These characters are a bunch of anthropomorphic slackers who sling off terms like "dude" and "whoa" with all the charm of an 80's-era Valley Girl, and the songs are pretty heavily synthesized reproductions which are slick, but empty-headed. Before hearing this, I had assumed that the "Camp California" track was the same as found on Mike Love's own "Camp California" which showed up on his Summertime Cruisin' CD, but they're completely different compositions - although very similar in content and feel. And the Beach Boys must've made some cash off of the project, since these characters are prominently advertized as "Official Mascots of The Beach Boys" did they dance with the cheerleaders onstage?

Anywho - this is a pretty lame entry in the tribute canon, and "official" or not - I've heard better cover artists. Out of print, but found cheaply on eBay or online stores. This one is for collector's only. Let's Go Trippin'[Dale] 3.